Launching an integrated campaign that gives fans the power to choose their favorite flavor across all channels.

Watch Video Play
How can we create a consumer engagement program that drives velocity for the brand and increases purchase frequency with fans?
1 / 1
Prev Next

For the brand’s summer campaign, Mountain Dew empowered fans to make their own decision between two legendary DEW flavors. By casting a vote for a limited time between Mtn Dew Baja Blast and Mtn Dew Pitch Black, fans decide which flavor will stay on shelves, and which flavor will go back in the vault.

As Mountain Dew’s Digital AOR, Firstborn was charged with creating an integrated, cross-platform strategy that would sustain high consumer engagement over the twelve-week campaign. We brought DEWcision to life by inspiring fans to vote easily online, share their selections across multiple social channels and encourage others to get in on the action. The campaign hub showcases the two candidate flavors with shareable and user-generated content, while exclusive campaign videos let influencers cast their votes early for a head start on points in the program.

To anchor DEWcision, we also wanted to leverage an emerging content channel for the brand–virtual reality. We created an interactive VR racing game to give fans a thrill that only Dew can deliver. When viewers put on the VR goggles, they are transported to an immersive racing world powered by Mtn Dew Pitch Black and Mtn Dew Baja Blast, copiloted by their favorite NASCAR drivers: Chase Elliot, Kasey Kahne, and of course, Dale Earnhardt Jr. 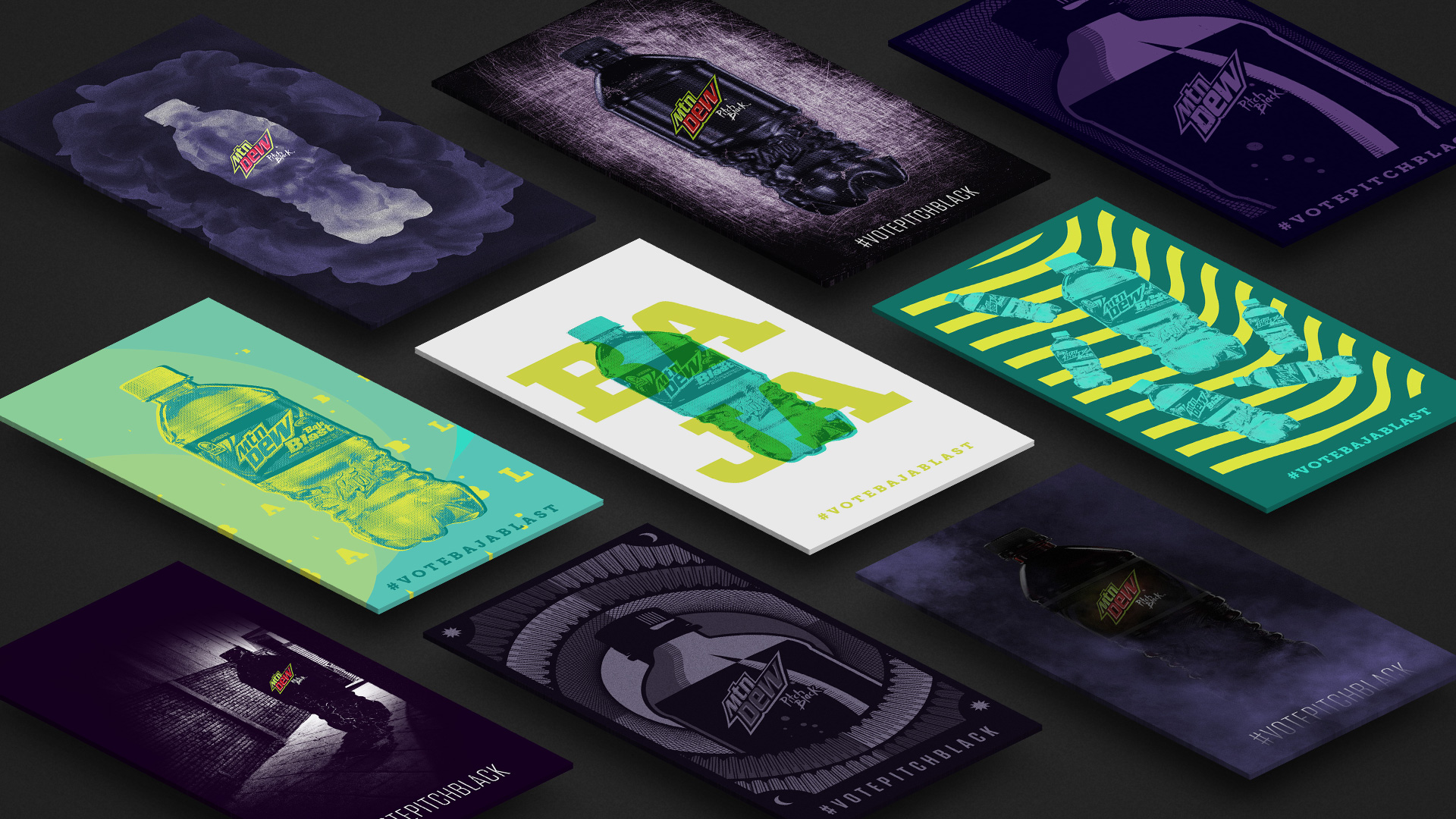 Mountain Dew was in the midst of launchi...