Aflac.com’s original concept relied heavily on Flash animations to tell its story. The site needed a makeover for an increasingly on-the-go world. It had to be accessible across mobile and tablet while still being engaging on desktop.

The Flash animations on the original redesign of Aflac.com were replaced with a scrolling design that was more intuitive for the tablet. A new smartphone version of Aflac.com was designed and developed based on a set of templates, allowing it to be more versatile.

The site had to be scalable and flexible, making it easy to update navigation and rich content. Different features are specific to various devices. For example, when users are viewing the site on their mobile devices, the “get a quote” button calls a live representative right from the experience.

The Real Cost Calculator feature on Aflac.com allows users to get an estimate for the cost of injuries and illnesses, like a broken leg, cancer or heart attack.

After learning about the statistics of an ailment, users can customize the results based on their age, sex and other factors like family size and major medical coverage. In the final step, the estimate reveals the amount that Aflac can contribute and associated policies that can help. Aflac makes sure nobody has to worry about what happens after a broken beak. 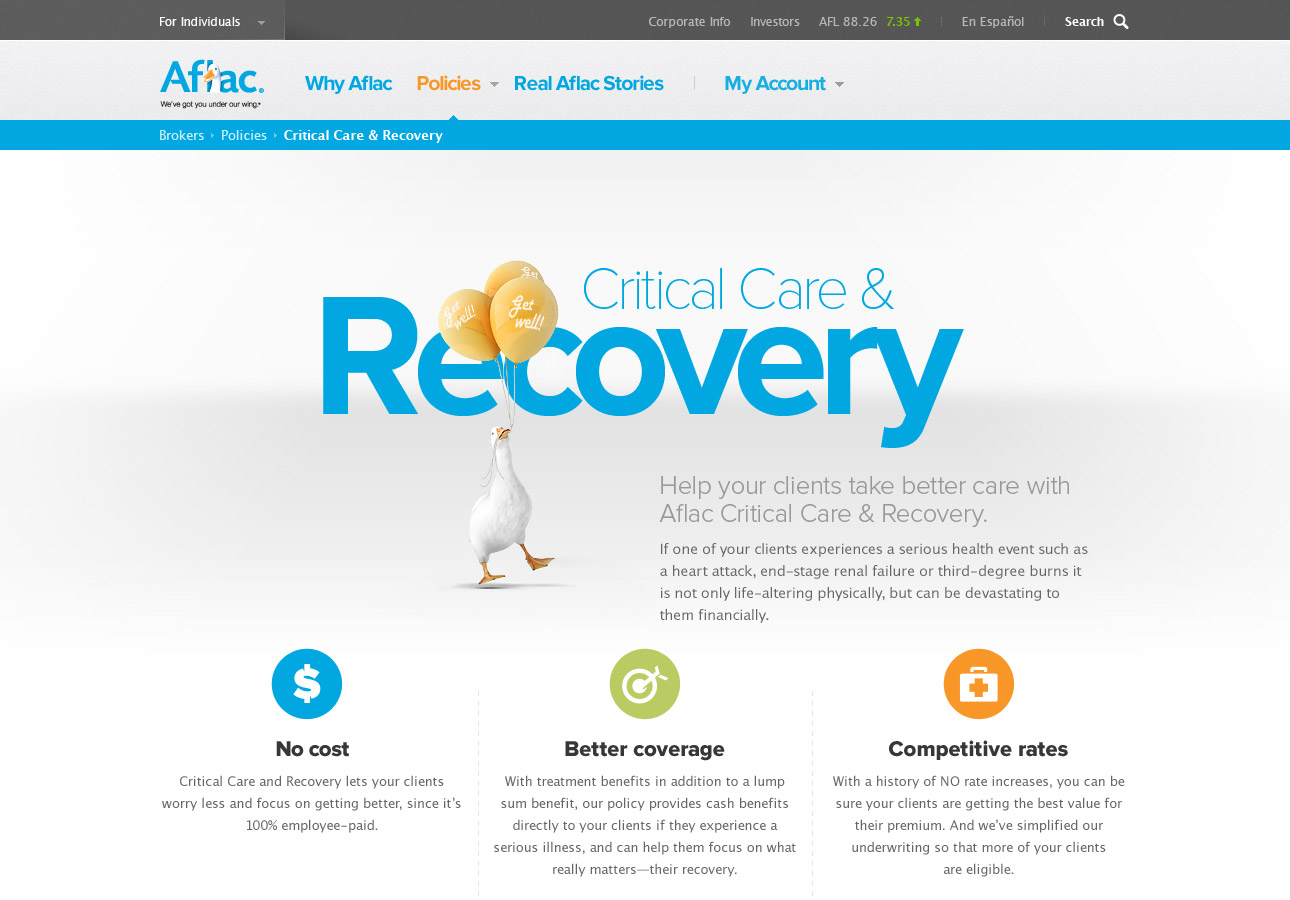 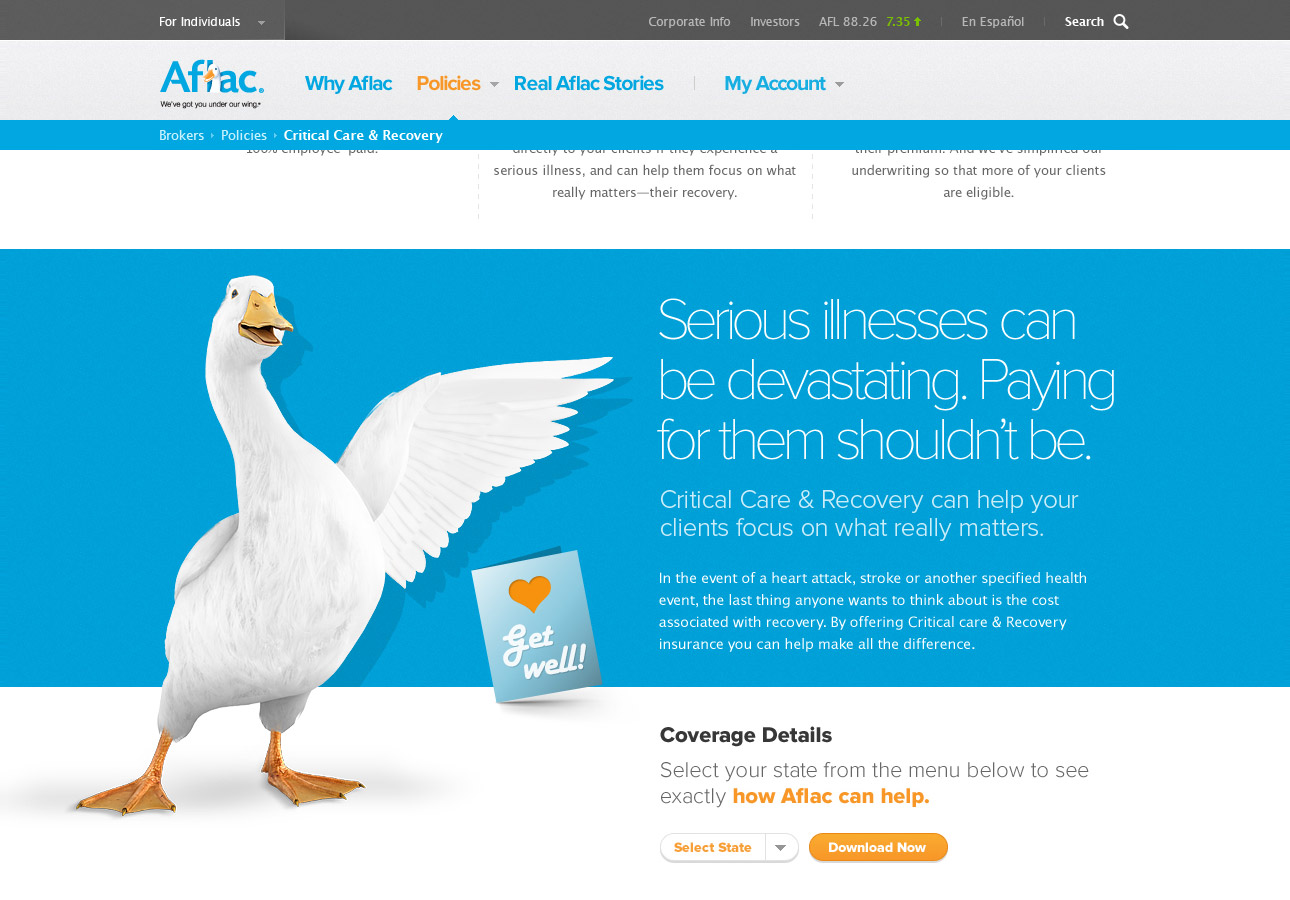 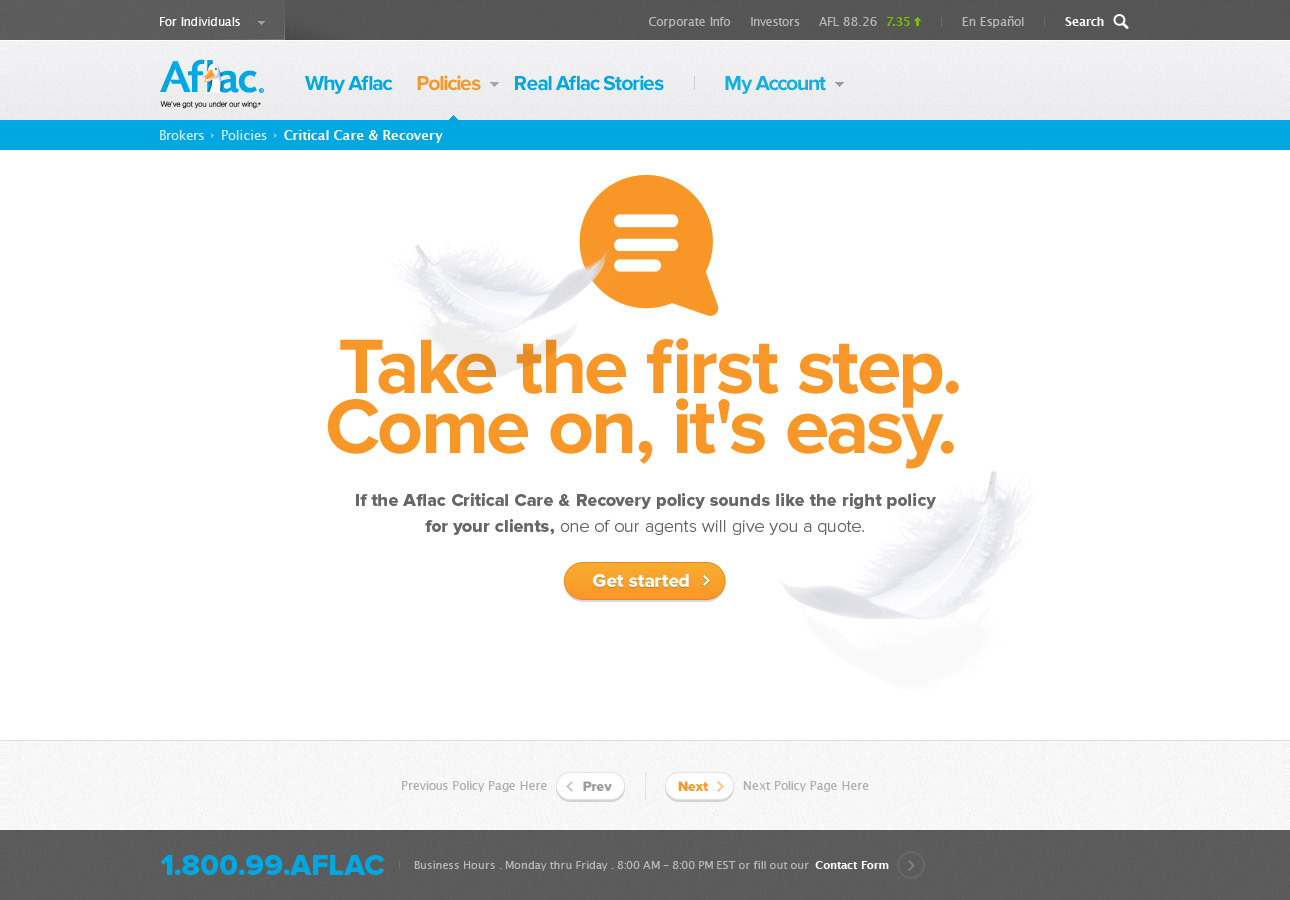