Skittles Blenders were a new way for fans of the candy to "Taste the Rainbow," but the brand lacked the media units necessary to drive awareness of the product’s debut.

The media units were created using 3D, Flash animation and footage from the "Blenders" television spot. In the spot, an old blender was kicked to the curb because the new taste of Skittles Blenders was better than anything the blender could whip up. In a display of separation anxiety, the blender came crashing back through the living room window.

The synced banner showed the blender flying away from the house, from one unit to another, wreaking havoc by cracking and breaking the banner. Video and 3D assets brought this concept to life.

The expandable banner featured a game where the user must "Swat the Blender" with a broom to send it on its way. The first person game put the user in the living room, trying to tame the blender. Each swat of the broom over the live-action video produced a burst of Skittles and racked up the user’s hit count. Five hits unlocked a bonus round.

Both banners ran across various sites. The engaging, simple content within the campaigns resulted in a 2.48% interaction rate, with total time averaging 16.7 seconds, leading to an increased intent to purchase Skittles Blenders. 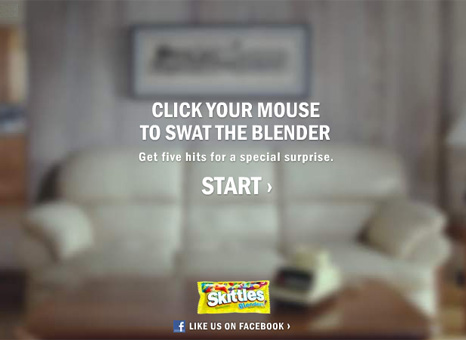 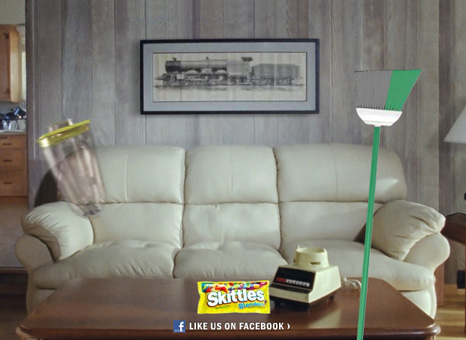 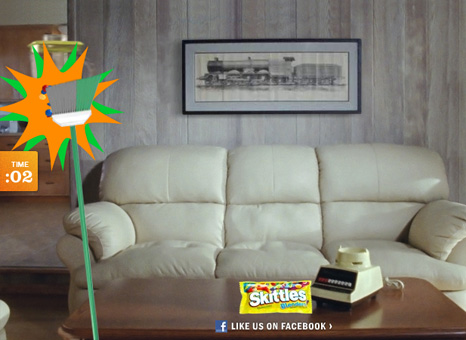