Orbit Clean Up
Your World

Orbit knew that dirty mouths weren’t the only thing that needed cleaning up, so in early 2011 they joined efforts with Keep America Beautiful and MTV’s cast of "The Buried Life" to make the world a little cleaner. They needed a fun and altruistic user experience that allowed people to contribute to beautifying the world around them.

The experience guided fans through this environmentally friendly venture. Orbit created a series of stylish nature-inspired packs for the campaign and gave each one a unique code.

Every time a user entered the code on the microsite Orbit contributed $.50 to Keep America Beautiful. Users could then vote on a city to have "The Buried Life" cast clean up and beautify, entering to win $5,000 in the process. At the end of the campaign, "The Buried Life" cast painted an Orbit-inspired mural in the highest voted city. Fabulous! 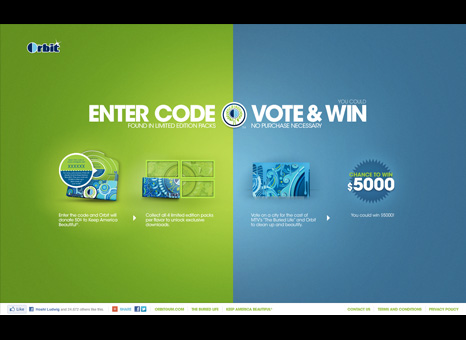 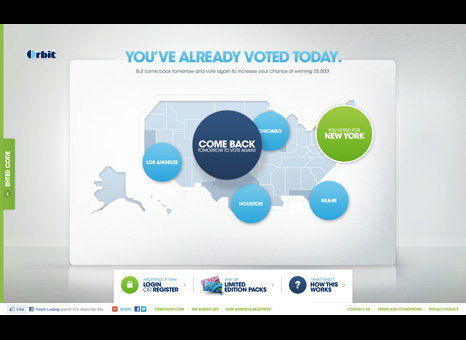