SoBe was launching two new zero-calorie Lifewater flavors, sold for a limited time exclusively at Target. As a SoBe first, fans would determine which flavor would become a permanent addition. SoBe needed a seamless, digital way for them to vote.

Fans could taste both flavors at Target locations and then Join The Debate by visiting the Vote Now application within the SoBe Facebook page or by texting votes to MYZERO. After they chose their favorite, Facebook fans could add a candid wall post to help convince their friends—and other fans—to vote the same.

SoBe fans were also able to send a quick text message once a day to help secure their vote on the go. An auto-text response contained a URL directing to the mobile version of the SoBe Vote Now app. Here, fans checked which flavor was in the lead and viewed comments that other fans left on the Facebook application.

In order to tally the votes, both the Facebook and text responses were aggregated to determine the final numbers. Eager fans had to wait over a month to see if their preferred flavor won. 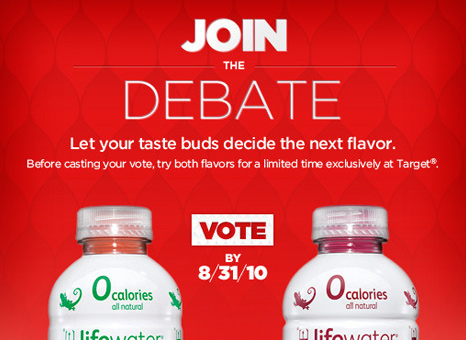 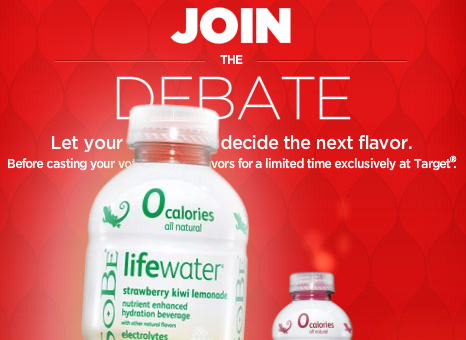 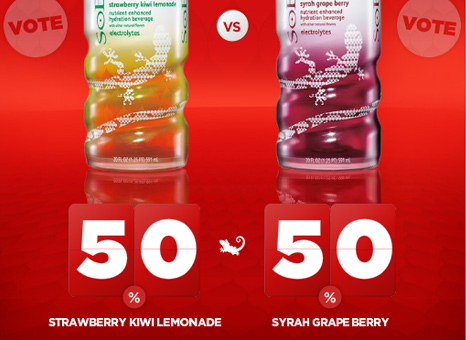