Starburst was ready to bring their world of contradictions to fans on the go. We brought that world to life with an iPhone game that challenges users to Spot the Contradiction.

Contradictions—they’re terms that, upon consideration, make absolutely no sense together. Starburst proved that the perfect contradiction of juicy and solid created something altogether magical. The Spot the Contradiction iPhone app was designed to celebrate these contradictions in the most contradictory way possible: by hiding them.

Users sought out the contradictions in five fun-packed scenes. Playing either by themselves or against a friend via Bluetooth, the user carefully navigated by zooming and scrolling, making sure not to miss a single contradictory detail. The challenge took place in a bustling metropolis, the beautiful Scottish highlands and a sunny beach packed with people working on the perfect tan. Eagle-eyed users might have even spotted some of Starburst’s famous contradictory characters.

The beautiful photomontages presented a "Where’s Waldo?" challenge on a whole other level—the contradictions were hard to find, but fun to look for. Each scene presented new puzzles, ensuring total Starburst addiction. 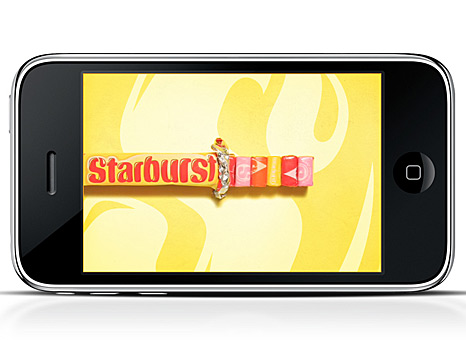 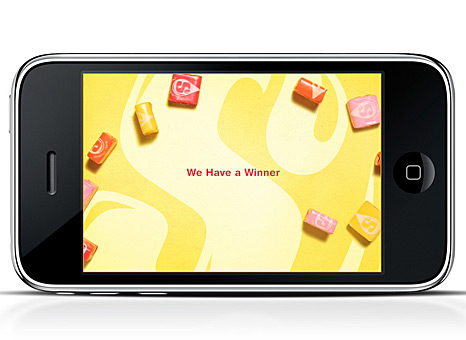 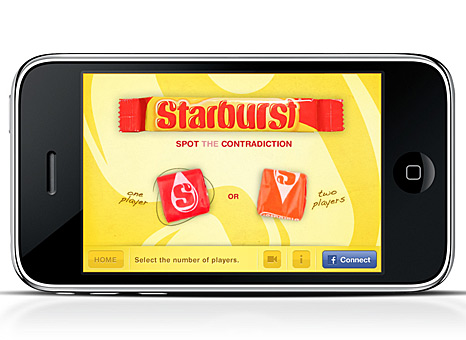