After Starburst partnered up with Billboard.com’s Mashup Mondays, the brand had some great video content it wanted to leverage in order to promote the release of new Summer Fun Fruits.

The Summer Mixtape allowed users to create a collection of songs on Facebook to share with friends. The song covers represented the contradictory nature of Starburst while an old school-style cassette interface reminded users of summers back in the day.

The cassettes were hand-customized for an authentic mixtape feel and then built in 3D. Users flicked through a stack of tapes with a familiar click-clack sound reminiscent of more lo-fi times. Hovering over a tape played a snippet of each track. Videos could be added to a mixtape before being customized and sent to a friend. Users could also choose a single track to dedicate.

To get the most out of Facebook’s platform, Firstborn made the app extra long. Such a vertical app allowed it to accommodate future cassettes throughout the summer.

Wall posts alerted mixtape recipients, encouraging them to check out their collection of dedications and mixtapes. Once they played their tracks, they could send their own creation to friends. 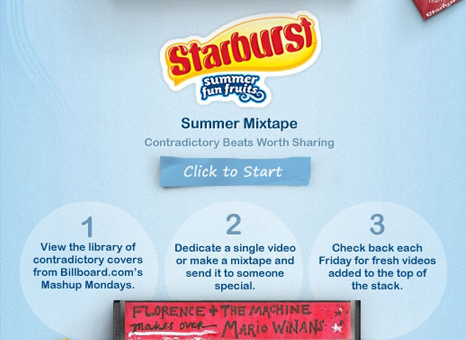 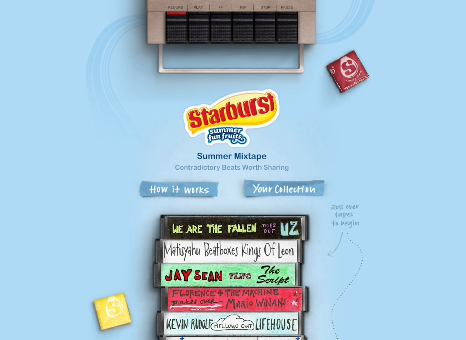 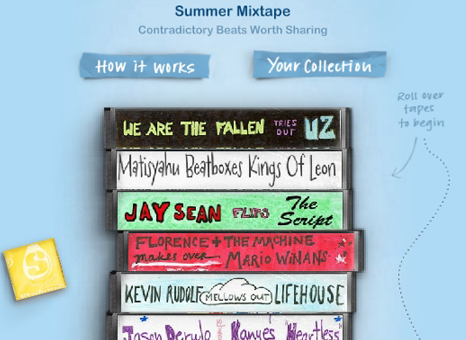