The all-new 2010 Ford Taurus was all about sleek lines and technological innovations. They needed a website to match.

The newly redesigned 2010 Ford Taurus was going to be revealed just in time for the North American International Auto Show. Tasked with creating an online presence for the new model, we designed and developed a site that was as clean and sharp as the car itself, allowing the vehicle to be the hero of the experience.

Using a dynamic visual layout to showcase the new Ford Taurus, the site featured fullscreen beauty shots of the car throughout each section—along with an intuitive site navigation—complementing the assortment of techno-gadgetry features found within the new 2010 Taurus.

Car enthusiasts were able to explore a range of the latest technologies available inside the car, listen to the designers’ commentary on each feature and take an interactive 360° spin of the vehicle to examine each and every detail. 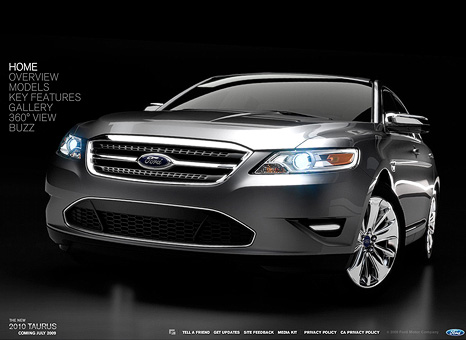 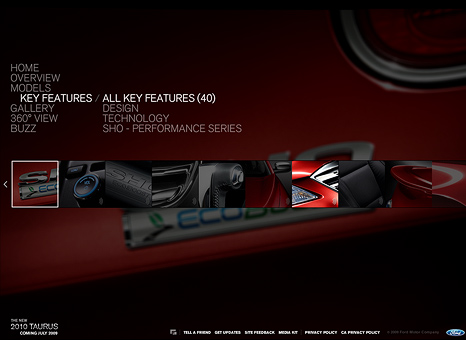