For the DVD release of The Twilight Saga: Eclipse, Eclipse Gum wanted to create a unique pack code to reach the Twilight audience, offering exclusive video and images from the film.

The experience catered to humans and supernatural beings alike. Advanced Image Recognition technology used logos on each pack of Eclipse gum as a key to instantly unlock secret footage. Video and Flash animation blended together for an exciting introduction to the movie.

When users landed on the site they immediately entered the Twilight world. They moved within an organically designed space—from the clouds, to a dark hillside and then through dense trees to a forest.

A tantalizing navigation teased exclusive video for each locked pack. Users needed codes to unlock them all; the more packs purchased, the more photos and videos were revealed. 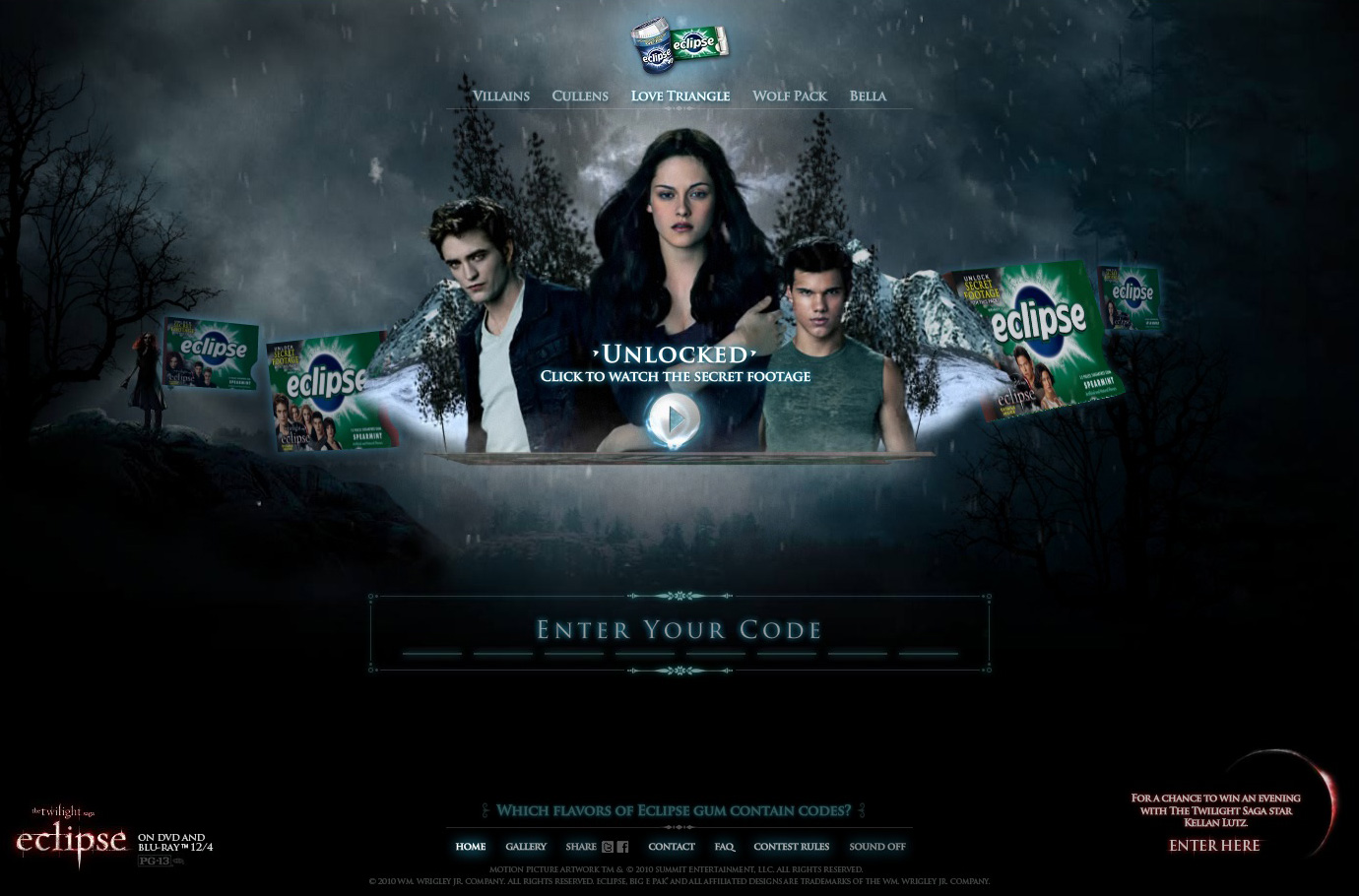 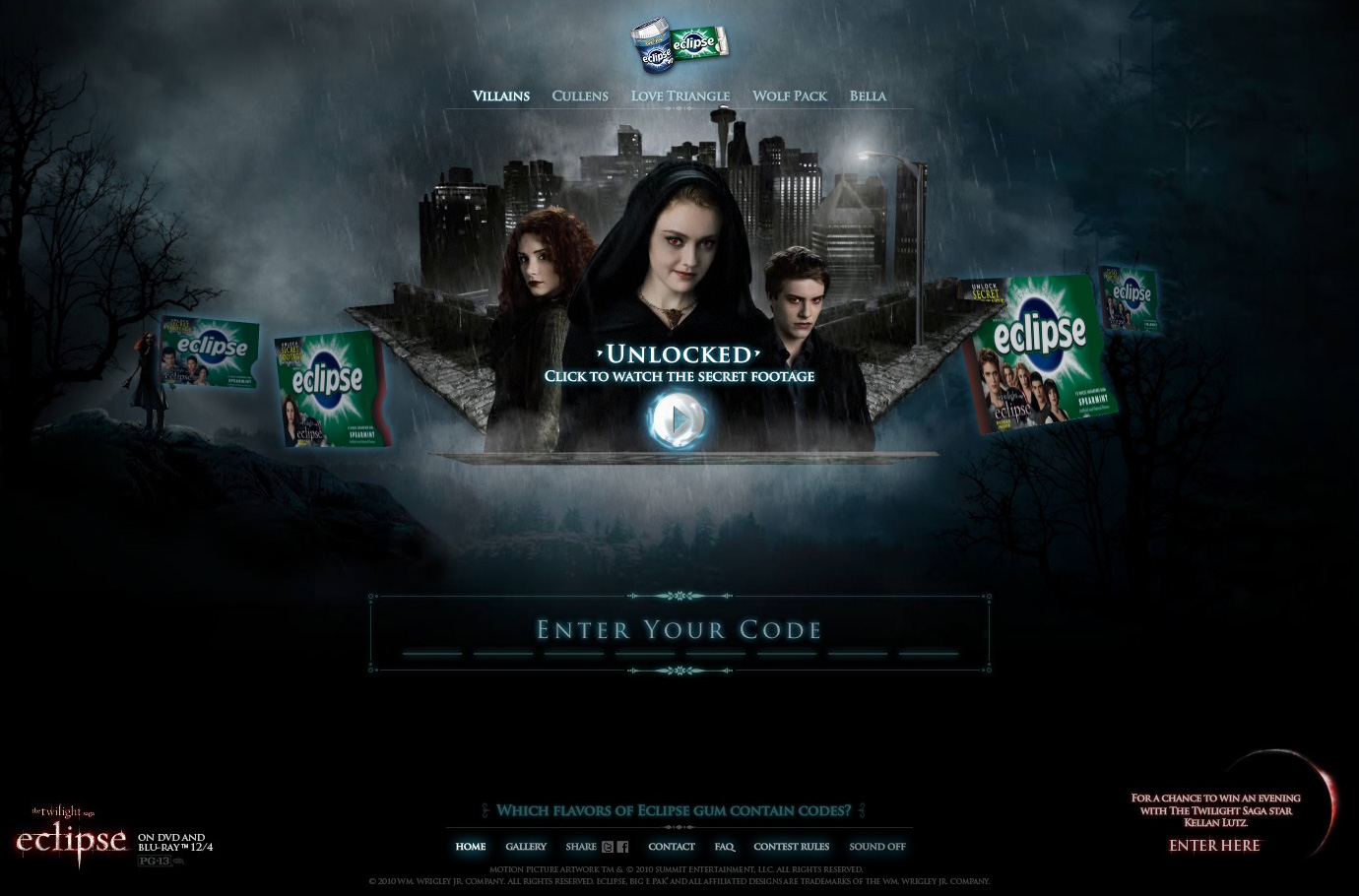