Which of your financial worries would you like to let go of? Northwestern Mutual enlisted Firstborn to help find out the answer.

Northwestern Mutual and Downtown Partners called upon Firstborn to continue the success of the "Let Your Worries Go" campaign in order to reach a whole new audience. The result was the creation of a supporting Facebook application that would build awareness around the thousands of users who had already participated in the website experience. In order to build the same awareness in the social networking realm, Firstborn created a Facebook application that mirrored the experience on the "Let Your Worries Go" site.

Firstborn integrated the application with the website to reflect the top four financial burdens that exist on letyourworriesgo.com. We then leveraged Facebook’s public API, allowing users to spread the word and send the application to their entire roster of Facebook friends. 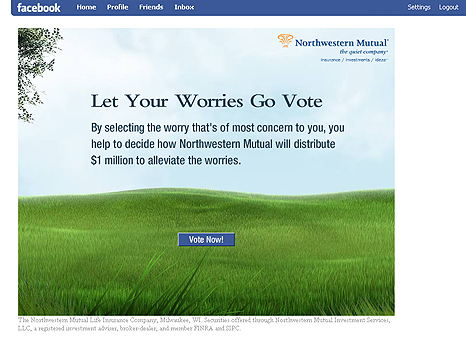 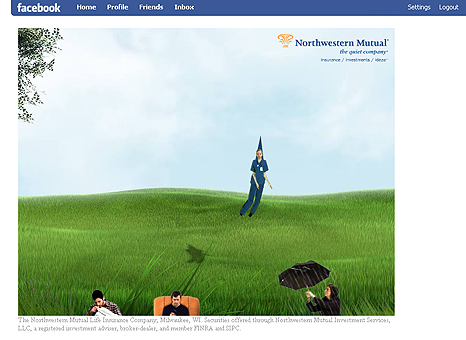 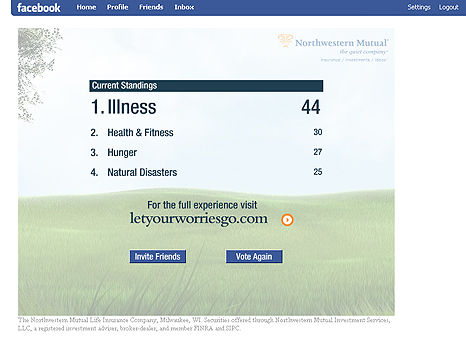