If you’re looking to add some real-life horror to your everyday, look no further than the new app Gruesome Gotham, which was officially released by digital firm Firstborn this week. Using augmented reality, the app brings intrepid explorers to six sites of 19th-century murders across Manhattan in a sort of macabre scavenger hunt. “Inspired by the sensationalized news stories of the deviously dark late 19th century, our app ultimately makes for a fun walking tour into the seedy underbelly of New York with murders that occurred right near our very own offices,” says Firstborn senior producer Shayna Friedman. Once you walk to the former scene of the crime, you can use the augmented reality to explore the site from every angle while listening to the story of the murder.

The City That Never Sleeps might be a wonderland to many visitors, but it certainly does have a long, dark past. “Gruesome Gotham started as a historical deep dive into records and articles from the era to find the most compelling stories,” says Shayna. “There was actually a lot to choose from, even when we narrowed down the location and time period, so we looked for stories that would visually stand out.” So the next time you’re out for a stroll around New York City, remember that you never know what happened around every corner. gruesomegotham.com 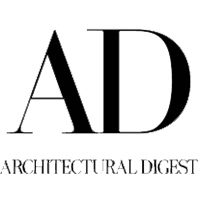