Earlier this year, Adidas tasked the Dentsu Aegis Network-owned digital agency with arranging an influencer-driven Instagram Stories campaign to promote its latest sneaker. Because the shoe was designed to appeal to the type of cultural curator whose Instagram feed could double as a coffee table book published by Vice, the brand wanted to work with photographers who had substantial street cred and sizable social followings. Specifically, Adidas wanted photographers who were older than 22 years old but younger than 30, had at least 20,000 Instagram followers but fewer than 100,000 and were street photographers who shoot using film.

“That allowed us to really narrow in on who we wanted to feature. We created this big list. But it was a lot of legwork,” said Snyder.

That may sound surprising given the two biggest trends in influencer marketing: the rise of micro-influencers and the ad-tech-ification of influencer campaigns.

There have never been more influencers available to brands or more ways that a brand or agency could go about finding influencers who fit such specific parameters. Social media has widened the definition of celebrity to range from film actors with $20 million mansions to Instagram accounts with 20,000 followers, and technology is transforming brands’ abilities to work with these influencers.

In the past, marketers may have had to call a Hollywood talent agency to sign a celebrity spokesperson for a TV commercial. But now — in addition to going through media companies whose footprints span digital celebrities’ various social accounts and influencer networks that coordinate deals between brands and these online stars — marketers can log on to a website to order an influencer (or several) to feature their product in an Instagram post. Companies like Izea, Markerly, TapInfluence and Whalar operate online platforms that brands and agencies can use to filter through influencers and book deals as if they were flights on Kayak.

Conceivably, these trends should have meant that Snyder could have found a pair of photographers for Adidas during his lunch break. But based on interviews with seven agency execs, thanks to technology’s growing role in influencer marketing, managing an influencer campaign may never have required more of a human touch.

Managing an influencer marketing campaign “is a lot of blood, sweat and tears. And if anyone tells you it’s easy, they’re doing it wrong,” said Bridget Jewell, creative director at Periscope, an independent agency that whose client roster includes Best Buy, General Mills and Target.

When Jewell is evaluating potential influencers for a client’s campaign, “we spend a lot of time with their content. It’s more than just looking at numbers,” she said. She examines the influencers’ individual posts and digs through the comments on those posts. She also looks at the influencers’ audience and engagement stats over the past six months to a year, if not longer, to see if an increase in followers coincides with a proportional increase in comments and likes. If it doesn’t, that’s a sign that a person may be buying followers, inflating a metric that brands use when deciding how much to pay an influencer for a branded post.

The growing practice of follower inflation is one reason Snyder had to put in so much legwork for Adidas’s campaign, and why the brand set the minimum follower count at 20,000. “The people around 10,000 [followers], you can fake that now by hiring bots to add a lot of likes. We wanted to make sure it was genuine engagement, so you look at comments. You can tell when it’s just ‘Thumbs up, bro’ and it’s a bot hyping him up versus genuine dialogue,” he said.

Influencer ad tech platforms can help with the vetting process. Channel Factory, which specializes in helping brands evaluate YouTube stars, has incorporated technology in its platform to scan transcripts of influencers’ videos, as well as viewers’ comments, for any keywords that might be red flags for marketers. Influencer marketing platform Linqia offers sentiment analysis technology to scan viewers’ comments for any brand safety concerns. And Linqia and TapInfluence have tools to automatically check influencers’ post for sponsorship disclosures to ensure FTC compliance.

“I’ve known some companies, especially for YouTube, that look out for influencers and vet out which influencers don’t really receive a lot of dislikes for their videos as a signal of how people are reacting to the content they’re pushing out,” said Sherwin Su, director of social activation at Essence, a part of WPP’s media-buying arm, GroupM, which is best known as Google’s digital media agency.

But the programmatic influencer platforms can only help to a point, said David Tucker, head of strategy at SwellShark, an independent media agency whose clients include Dos Equis, Sotheby’s and Virgin Atlantic. Being able to see who an influencer’s audience is and what their interests are, Tucker said, are two of the most important features one of these platforms can offer. Asked how confident he is that the information presented in programmatic influencer platforms is accurate, “I would say like 90 percent confident. I haven’t seen anything that’s wildly wrong,” he said. “But we still want to do that gut-check of going in and looking at the content for ourselves.”

“We’re seeing these big social influencers are not having as great of an impact or have been utilized by too many brands and people start to tune it out,” said Jewell.

In addition to an oversaturation of sponsored posts among larger influencers, the breadth of these influencers’ audiences can also dilute a campaign’s efficiency.

“Inherently influencers are not efficient if you look at it on a media basis. It’s very rare to see an influencer index at over 50 percent of the audience the brand is trying to target,” said Gabe Gordon, managing partner at Reach Agency, an independent creative agency that specializes in social video campaigns and has worked with DiGiorno, Marriott and Walmart.

Micro-influencers aren’t immune to this dilution, but their audiences are typically more specific by virtue of their size. And since their audiences are smaller, they’re also cheaper. As a result, a brand can package together a group of influencers to reach a combined audience on par with a major influencer’s but for less money. According to one agency source, a campaign that has 10 micro-influencers — whose fan bases range from 10,000 to 100,000 followers — to publish eight to 10 posts can cost around $30,000, including the ad buy to promote those posts to people who may not follow the influencers but fit the brand’s target audience.

“If you want a specific audience, I think a micro-influencer is a better person, and they tend to be more cost-effective, and they’re also open to longer-term deals, so you can create more organic partnerships with these people, and they’re people that will actually use your product,” said Harrison Petit, strategist at WPP-owned digital agency Possible, which has worked with Febreze, Heineken and JetBlue.

The more micro-influencers merit marketers’ investment, the more merited the programmatic influencer platforms become. Like early ad networks, these platforms are able to aggregate a long tail of inventory sources for advertisers and streamline the process of buying that inventory. It just so happens that the inventory sources are people, not publishers.

Striking a balance between automation and authenticity

Gordon is quick to caution against overreliance on influencer platforms. Just because a brand can buy an influencer as easily as buying an ad on Facebook or Google, it doesn’t mean the brand should look at the two investment types as one and the same.

“Where the biggest impact is going to come in is when you, as a brand or an agency on behalf of a brand, actually build a relationship with an influencer. If we’re treating these influencers as ad networks, they don’t really have a passion for the brand potentially and that is very easy to see through,” Jewell said.

“The thing that makes influencer marketing effective is when the brand, the message and the influencer are all coming from the same place. And I just don’t know if you can do that when you’re buying something automated. In fact, I question the authenticity of an influencer if they’re willing to sell their impressions to the highest bidder,” said Tucker. Being able to find influencers programmatically “makes our life so much easier because you’re trying to buy the audience. But then to actually turn it around and have an execution that’s meaningful and authentic and also one that complies with the law where the person’s actually going to put #ad or #paid, that’s the part that I’m just afraid you can’t automate — at least not yet.”

“In our experience, we’ve found that a longer-term direct relationship with an influencer that is managed internally is the most credible and authentic way to work. It leads to a richer, more fulfilling relationship for the both influencer and audience, which creates an environment where all parties are positioned for success,” said Jennifer Utz Ilecki, VP of buzz marketing and partnerships at Marriott International, in an emailed statement.

For all the time and money a marketer may be able to save today by completely automating its influencer marketing, there remain too many risks that could spoil the entire investment. That’s why brands and agencies continue to invest so much effort in vetting influencers’ accounts and establishing relationships with them. It’s also why many of the influencer platforms offer managed services, in addition to self-serve tools, so that a platform’s own team coordinates the campaign details between the brand and influencer. 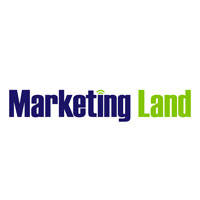