Inside The War To Reinvent The Soda Fountain

With the battlefield deployment of three new fountain machines, PepsiCo is firing a shot across competitor Coca-Cola’s* bow in thefood service business.

“The creation of Spire (PepsiCo’s beverage dispensers) signals that we’re going to get a lot more competitive in the space,” says Brad Jakeman, president of PepsiCo’s Global Beverages Group.

And not a moment too soon. Fountain machines may be the latest front in an ongoing war between the two long-time antagonists, but this time the real competition is not so much each other as it is the 7-Eleven down the street from that Burger King or McDonald’s where PepsiCo and Coca-Cola are installing their new machines. As consumers gravitate to waters, teas, juices, and energy drinks, fast food restaurateurs have watched in despair as consumers take it upon themselves to find the drinks they want, instead of relying on the soda machines in the restaurants themselves.

"Fast food operators started seeing more customers buying sandwiches and bringing in beverages from the convenience store down the street,” says John Sicher, editor of Beverage-Digest. That’s a problem. “Getting beverages right in restaurants is a critical focus for our [corporate] customers,” Jakeman says. “Beverages represent a significant portion of their profitability.”The beverage behemoths can ill-afford to alienate that segment of the business. Food service--everything from the fountain machines at Wendy’s to the nozzles at the college cafeteria--is an important one to the soda giants, which are currently coping with plummeting sales of carbonated beverages in their all-important North American markets. According to Sicher, sales of Coca-Cola’s carbonated sodas fell 2% overall in the U.S. last year, the ninth straight year of decline. Its soda sales were flat in the most recent quarter, while PepsiCo’s fell 2%. The diet soda business has been particularly hard hit, he says. “The decline in diet came about very suddenly. The accumulated buzz about aspartame in social media seems to have had an impact.”

As consumers increasingly turn to healthier drinks, or those with a caffeine kick, the pressure to deliver a more robust array of choices than the typical four-to-seven nozzles on a conventional fountain machine becomes more urgent.

Currently, Sicher says, Coca-Cola controls about 70% of the fountain machine market, while PepsiCo has about 20%, and Dr. Pepper/Snapple the final 10%.

To stave off further decline, both companies are fielding glitzy new machines, hoping they can lure more customers through a mix of engaging design and infinite choice.

Before the arrival of the new machines, most fast food restaurants relied on traditional dispensers that let customers, clutching their glasses, pour their own drinks from nozzles. Typically, there were five to seven choices--a cola, a diet cola, a root beer, maybe a lemonade or a citrusy drink like Sprite or Mountain Dew.

But the arrival in 2009 of Coca-Cola’s sexy red "Freestyle," refrigerator-sized fountain machine, with a touch screen interface featuring dozens of choices, changed all that. Five years later, PepsiCo’s most glamorous new entrant, is a similarly sized machine with a 32-inch touch screen that allows consumers to create more than 1,000 beverage combinations--raspberry lemon Mountain Dew, Brisk Iced Tea with a splash of cherry. Whatever you can dream, the company says, you can create through a UI created by PepsiCo’s in-house design team and digital agency Firstborn.

The biggest machines are generally in high-volume fast food restaurants. But now smaller restaurants, who may only have room for a countertop unit, can get in the game. PepsiCo is fielding two smaller units--similar to tablets on stands--which enable fewer combinations of brands and flavors. No-calorie flavor shots and syrup are dispensed through the traditional bag-in-a-box technology that ran the old fountain machines--an easier transition for restaurateurs than learning a new technology, Jakeman says.

With its white, oversized, iPod-like screen, Beverage Digest’s Sicher calls PepsiCo’s equipment “Apple-like." The equipment comes in gray, black, or white (“pearl” in PepsiCo lingo), with big bubbles on a screen that serve as starting points for a customer’s beverage fantasy creation.

Mauro Porcini, the company’s chief design officer, acknowledges Apple’s influence. “If what he [Sicher] means is that the machine is in the background and it’s all about the screen, then it’s true,” he says. “The idea that ’the screen is the celebration’ was introduced by Apple. We are following that philosophy."

The design brief for the devices specified two goals: to create a consumer experience that was engaging and enjoyable, and to attract attention from a distance.

Spire’s UI was designed to be dynamic when not in use, an attention-grabber when a customer walks into a restaurant. The screen pops with colorful brand bubbles, each sprouting icons that tell users something about that beverage’s history or philosophy. A Pepsi bubble, for example, might spawn a set of headphones; a Mountain Dew bubble will peel off a mountain bike; and a fit-looking woman emerges from a Diet Pepsi bubble.

“Everything has a specific graphic language,” Porcini says. We generated a library of icons that change and relate to what the brand stands for--energy, sports, music, and fitness.” When a consumer touches the screen, that busy UI fades into the background. “We didn’t want to create too much distraction, so it becomes very subtle,” he says.

The most challenging needle to thread, Jakeman says, was the amount of time users spent in front of the machine. “We wanted high engagement, but ease of transaction. We wanted it to be approachable but not intimidating. We went through multiple rounds of UI and UX testing to find the best mix.”

PepsiCo has combined these innovations with vigorous efforts at drumming up food service business. PepsiCo recently signed Buffalo Wild Wings and Disney’s Shanghai theme park. And it’s looking to leverage its snack food business with collaborations, such as its recent deal with Taco Bell that uses Doritos Locos Tacos as the shell for a line of tacos.

“Some of our competitors,” Jakeman says in a thinly veiled reference to Coca-Cola, “go into a meeting with a restaurant customer and can only talk about beverage options. We can talk about snacks and food, our beverage portfolio, and our culinary expertise.”

Whether all these efforts can close the gap with Coca-Cola is anybody’s guess.

When Coke unveiled its own touch-screen machine, the fire engine red, Ferrari-inspired dazzler named Freestyle five years ago, it took the lead in both development and deployment of these machines. The company says it now has 20,000 dispensers in restaurants in 150 markets across 48 states.

But not all restaurateurs had room for the big machines, so smaller ones had to stick with the old-fashioned dispensers. To address its shortcomings in the counter-top space, the company recently debuted three new fountain machines, which will be rolled out by the end of the year. Two are designed for medium-volume locations, and can dispense 80 different beverages; the third, designed for work break rooms or cafes, dispenses 35 options.

All are electronically linked to the mothership in Atlanta. “The machines call home every night,” says Jennifer Mann, vice president and general manager, Coca-Cola Freestyle. “We can track their service history and push through software fixes in real time. Often we can notify our service network before the customer even experiences a problem.”

That’s vital since beverages represent the products with the highest profit margins for the restaurant operator, and any down-time is literally money off the table.

Coke’s real advantage, however, is its head start in the social media game. While PepsiCo has a robust social media plan in the works, Jakeman says the company decided against “turning on the switch in the first phase.”

That leaves the field to Coca-Cola, which has been using Twitter and Facebook to jack up interest in Freestyle since its launch. It has just rolled out a new tweak on its popular “Create Your Own Mix” app that allows customers to concoct a personal brew from more than 100 drink options, name it, then scan the QR code at a participating dispenser, and let the machine act as brewmeister.

Apart from addressing the conundrum of choice, both companies are using the machines for new product development, monitoring what drinks customers are mixing, and looking for combinations that might inspire new beverage flavors.

“Because these machines are all networked, down to the store level, we’re able to understand what customers are buying in what day parts,” says Jakeman. Then, he says, they can tailor the interface to address what sells best and when.

Indeed, Pepsi’s Porcini says, they’ve already been surprised by some best-sellers. Consumers at Sienna Univeristy, for example, have shown an unexpected fondness for strawberry lemonade.

"The UI is designed with things like that in mind," he says. "We can change the configuration of the brand bubbles, their size, and position based on the preferences of different communities." Don’t be surprised to see a Tropicana strawberry lemonade on your supermarket shelves sometime soon.

Still, the question remains whether the machines, with their video-game like appeal, can arrest the slide of the beverage companies’ core products. As the market splinters, the attraction of a mango vanilla cola with a splash of root beer may be lost on consumers who have already switched their brand loyalty to apple cucumber Suja juice or Mama Chia kiwi lime, leaving the beverage giants crying in their beer. 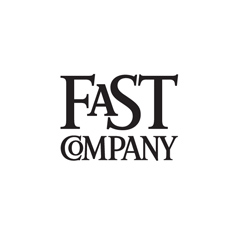